To effectively carry out the provisions of its Comprehensive Land Use Plan 2016-2030, the municipality was divided into four (4) Municipal Districts derived from its subwatershed boundaries as follows:


There are, however, some innovations incorporated here and there since this CLUP: 2016-2030 has adopted the ridge-to-reef or integrated watershed ecosystems management framework to emphasize the interrelationship between the upland, lowland and inland water (rivers and creeks) ecosystems. In addition, the principles of landscape ecology also found their way in the spatial development strategy of the municipality.

For continuity and convergence, this is where the elements of the previous plan CLUP: 2000-2010 integrates with the framework of the current plan CLUP: 2016-2030. Development strategies for the municipality of Rosario, within the planning period are anchored on the following four policy areas:
Corollary and in line with the regional development strategy which identified the functional role of Rosario as the center of the Batangas-Quezon Agri-based Cluster in Region IV-A, while the provincial development strategy recognized Rosario being a large municipality that belongs to the Agri-Tourism Growth Cluster envisioned in the Provincial Physical Framework Plan – the municipality adopts the strategy of Mixed-use Balanced Agri-industrial Modernization and Biodiversity for Ecologically Sustainable Tourism Development (MBA-BEST).

The MBA-BEST planning framework, on best effort basis, integrated the Strategic Agriculture and Fishery Development Zones (SAFDZs), the subwatershed basins, and the identified conduit of these zones, which are the road right of ways (RROW) or transit corridors in the formulation of its land use plan. 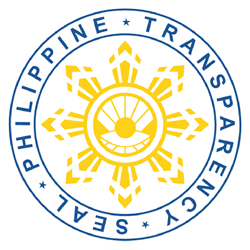